Personal and political layers overlap inside a Bangkok kitchen

Wichaya Artamat is among the most sought after young directors in Thailand, whose work addresses the relationship between personal history and politics through a unique dramatic approach. This is Artamat’s highly acclaimed work that has been invited to many leading international festivals, including Kunstenfestivaldesarts and Wiener Festwochen (Vienna Festival).

The story takes place inside a small kitchen in Bangkok. Every year, for some days in May, a brother and sister get together there to cook and reminisce about their deceased father. Their dialogue is free of embellishment or melodrama: a natural conversation with the occasional joke thrown in. Their personal stories, however, which blend past, present, and future, eventually begin to relate to Bangkok’s political history. Thailand is a country that has seen its share of coups, both in modern and recent times; the presence of politics, which suffuses the fabric of everyday life there, is vividly brought to the fore in this simply yet intricately woven piece of drama.

*Due to the spread of coronavirus (COVID-19) this artist is no longer able to come to Japan. Instead of the originally planned live performance, a newly recorded version of the work shot in Bangkok will be streamed online.

*Performed in Thai with Japanese and English subtitles

Born in Bangkok, Thailand in 1985, Wichaya Artamat is a theatre director and member of For What Theatre. After graduating Thammasat University, where he majored in film, he subsequently became captivated by live performances and started working in theater as a project coordinator for Bangkok Theatre Festival in 2008. He joined the New Theatre Society in 2009, where he became a director recognised for various experimental forms and unconventional theatrical approaches. Artamat is especially interested in exploring how society remembers and un-remembers history through certain calendar days. He co-founded For What Theatre in 2015, he is also a member of Sudvisai Club and Collective Thai Scripts. His works In Ther’s View: a Documentary Theatre and Three Days in May were awarded Best Play by the International Association of Theatre Critics Thailand Centre (IATC) in 2014 and 2015 respectively.

For What Theatre is a group of three theater makers from three different existing theater troupes: Wichaya Artamat of New Theatre Society, Sasapin Siriwanij of B-Floor Theatre, and Ben Busarakamwong of Crescent Moon Theatre. The collective has been continuously producing artistic works in various forms, including theater, live performance, story telling, puppetry, party, and exhibition. Among their wide range of creations are 6th PARTY Re:Re:Khaosarn, 3 Days in May, Little Red in The Ruins, What We Talk About When We Don't Talk About the Elephant in the Room, Sand Castle Party | a Journey Performance, and Oh! Ode (Oh! What Joy, What Goodness, What Beauty Calls For Ode No.7012). The three come together, as the group's name suggests, to question their own practices, as well as explore deeper into the variety of artistic forms and processes that can serve to convey social, political, gender, and religious and faith issues. For What Theatre is in a way like a playground, a laboratory, and a free space to pose questions and find answers that they have for themselves and their society.

check these out too! 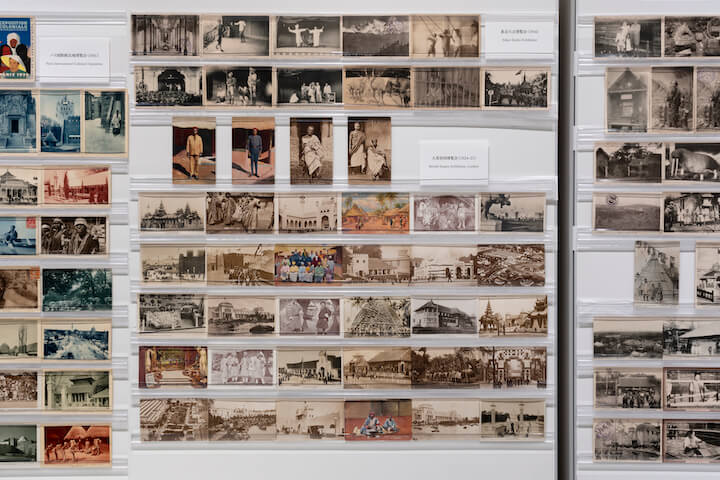 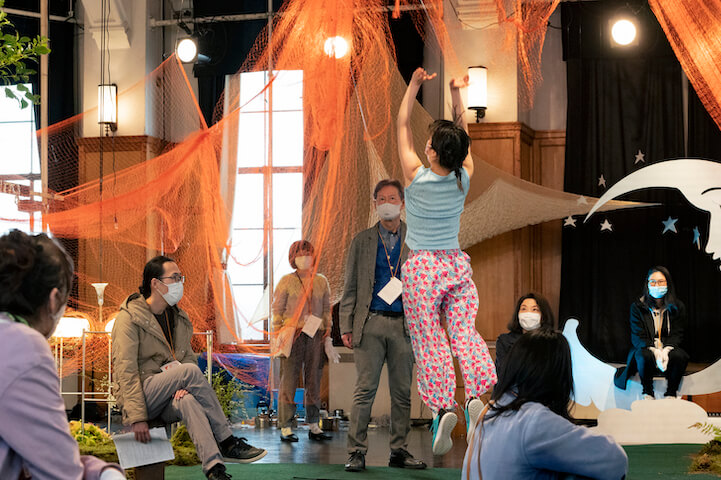 The Stage for Mealtimes – The Dining Table