I once came across a rule that said the phrase moshi moshi was uncouth and you must not say it when you answer the phone. Several websites explained the reason with affected expertise, claiming that it to be an unconscious breach of etiquette.

The rationale for this is that it is an abbreviation, shortened from another phrase, mōshiagemasu, mōshiagemasu (literally, “I will speak, I will speak”), that the telephone operator originally said. Makes sense, right? Special abbreviations used among friends may seem somewhat inconsiderate to someone who doesn’t know what they mean. As such, the reasoning goes, the phrase should be avoided—but this is highly doubtful.

In the first place, the claim that it is an abbreviation is a contortion of the truth. Since the early modern period, long before telephone operators started to say it, moshi moshi was already in use in that form and, moreover, is not an abbreviated way of repeating mōshiagemasu.

Moshi moshi derives from mōshi, which was said when a person called out to someone. Repeating the slightly more casual moshi made it more emphatic. It was used in hurried circumstances: the other person hadn’t noticed you, they were about to leave, and you wanted to call out to them quickly. Clearly more polite than oi, the greeting used for an equal or social inferior, it could also be used publicly. Kora is modified from kore, a word similarly used to draw attention, but today conveys more strongly a sense of reproachment. Rather than oi kora, then, moshi moshi retains a very humble and moderate sense of distance and the rushed repetition gives it a gentle resonance.

Incidentally, in terms of why the word is repeated, you can come across bizarre theories online that it is related to supernatural creatures. Like the Golden and Silver Horned Kings’ magical gourd in Journey to the West that would suck you up and dissolve you if you made the mistake of answering, the idea here is that you mustn’t respond carelessly when you don’t know to whom (or what) a voice belongs. Dubious monsters would always call only once. And so, the theory goes, people would call out twice to prevent being mistaken for a supernatural creature, but this convoluted and roundabout explanation is full of holes. Why on earth would such an unusual belief emerge when people wanted to use the telephone, a modern convenience?

My impression is that moshi moshi was used on the phone because this new space of telecommunications had a truly physical and corporeal quality.

When speaking by phone, you cannot see the other person. You are neither able to identify someone instantly like you can by sight, nor adjust how you respond. You must confirm someone is there just by their voice, probe for who it is and what their intention is, and continue the dialogue by your sense of hearing alone. Akin to both parties wearing blindfolds and conversing from different locations while connected by a mere wire, there had never been an experience like this before in everyday life. During the course of it, you must cope with the slight anxiety (“Are we connected?”), the uneasy sense of distance (because your interlocutor is not in front of you), and the out-of-the-blue, harried nature of everything (the phone suddenly ringing, the caller unknown), and so on.

The need to call out “moshi moshi” and start probing was an emotionally natural choice. In English, the word hello was already in use but it is no coincidence that a sense of distance remained with ahoy, which sailors would say to call out to other ships across the water.

So, where did this interpretation that moshi moshi is rude come from? It is probably connected to education about phone etiquette for business calls. An impromptu check of such manuals available online reveals entries recommending people avoid moshi moshi from around 2001. This is closely related to how call centers, which specialize in dealing with customer inquiries and complaints, are often set up both inside and outside a company, and training was required for operators regarding their language.

The assertion is simple. Whoever it is, they are calling for a reason, making it redundant to say “moshi moshi” in advance; instead, you should just answer the call by saying the company name, followed by: “Thank you for waiting.” There may be times when moshi moshi is used to check the line is connected because the operator cannot hear the caller, though the businesslike training instructs operators to respond with a more formal and longer phrase in such cases. This kind of corporate training was then brought into the way people generally spoke on the phone, giving rise to doubts about moshi moshi that led to the aforementioned contrived explanation.

The systems and devices have also changed, whereby telephone protocols started to feel unnecessary or excessive. Devices became able to display the number of the caller, so we could tell who was calling before answering. We no longer need moshi moshi to probe who it is. Moreover, mobile phones advanced the individualization of the telephone and connecting directly with someone became part of everyday life. The expedience of text-based “chat” functions in which you can communicate by typing, instead of speaking, has further complicated the rules of etiquette.

And yet it is niggardly to impress on people’s manners a flat and repressive ban on moshi moshi. Because it overlooks the complexity of the power of the voice and fails to affirm the creativity of new forms of expression that get closer to how we truly feel.

What comes to mind here is those funny bits in stand-up comedy duos and so on, when even though the performers are standing face to face, one of them will say “moshi moshi” to emphasize a misunderstanding. We can laugh at people acting out that sense of distance because we too have stored in our bodies the unconscious training for using the contraption that is the telephone, whereby we rush to connect, agitated by the haste of the process.

Today as we live amid the sense of suffocation ushered in by the coronavirus pandemic, new kinds of video and web conferencing spaces are becoming widespread. While these may well seem more convenient than expected, the isolation brings discomfort in that we cannot fully feel like we coexist or share silence together. What kinds of ways to call and answer can we come up with transcending that distance? We must once again peer into the shifts in our own physical sensations, as suggested by language.

Kenji Sato
Born in 1957, Kenji Sato is a professor at the Graduate School of Humanities and Sociology and Faculty of Letters at the University of Tokyo. He specializes in historical sociology, media theory, and social research history. His publications include books about Kunio Yanagita, Munesuke Mita, and the impact of mobile phones on human communication. 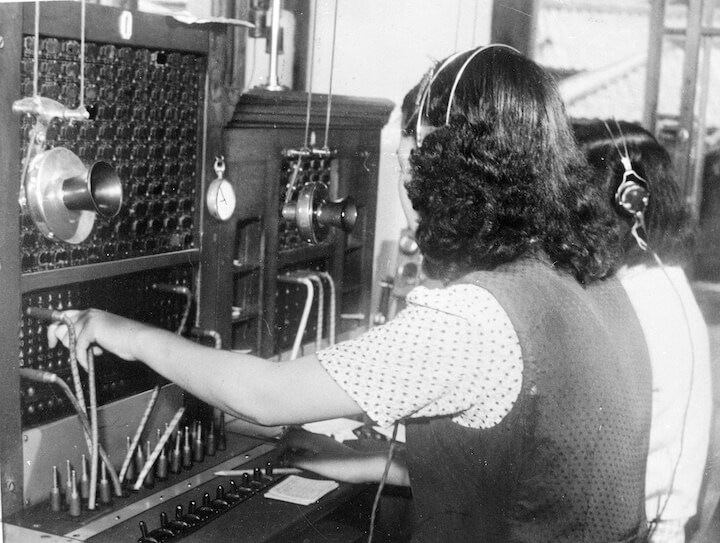 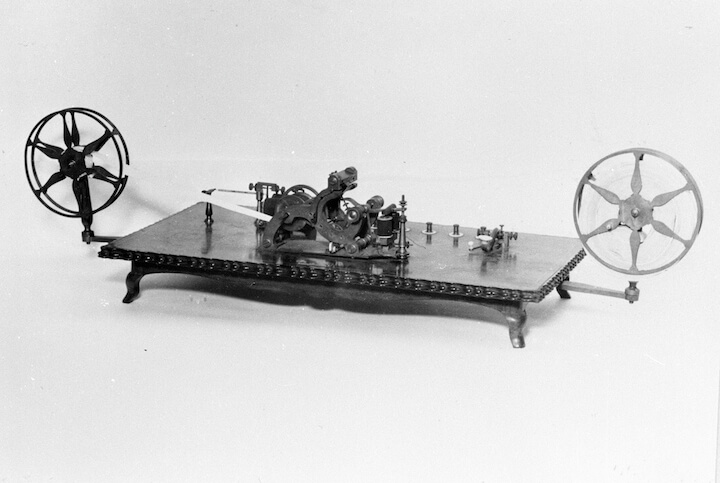